The golden cross of Serenity Masterpiece and Noble Flaire, a powerpacked pedigree.

BEAUTIFUL, ATHLETIC, A CAREER CUT SHORT — War Chant had a luminary career spanning seven years, after being discovered on a breeding farm in the midwest. Making his first appearance at the 2010 Buckeye Morgan Challenge where he stood Grand Champion Stallion, he went on to earn his first Grand National Championship a few short weeks later in 4YO Stallions.

His next three years were spent earning championships in hand and pleasure driving at such prestigious shows as the Jubilee Regional, New England Regional, Morgan Gold Cup and Southern States Regional. Each year, his Oklahoma City accolades grew. But when he was purchased by Lexie Ellsworth at the end of the 2014 show season, he realized his destiny as a Ladies Pleasure Driving horse extraordinaire. In their short time together over two and a half show seasons, Lexie and Chant won nearly every class they entered.

With a pedigree of legends, this wonderful horse left us with a breeding legacy that is inspiring. His sire was the sensational World Champion Park Saddle stallion Centerpiece, by the great Serenity Masterpiece—also a World Champion in Park Saddle. His dam, Whispering Out Loud, was by the one and only Noble Flaire, fountainhead of the highly successful Kohler Stables breeding program, and a World Champion In Hand and Park Harness. His second dam was also a Park Saddle World Champion in the amateur and 4YO divisions, and was sired by the premier park saddle horse of the 1960’s, Chasley Superman, who was himself a legendary sire. 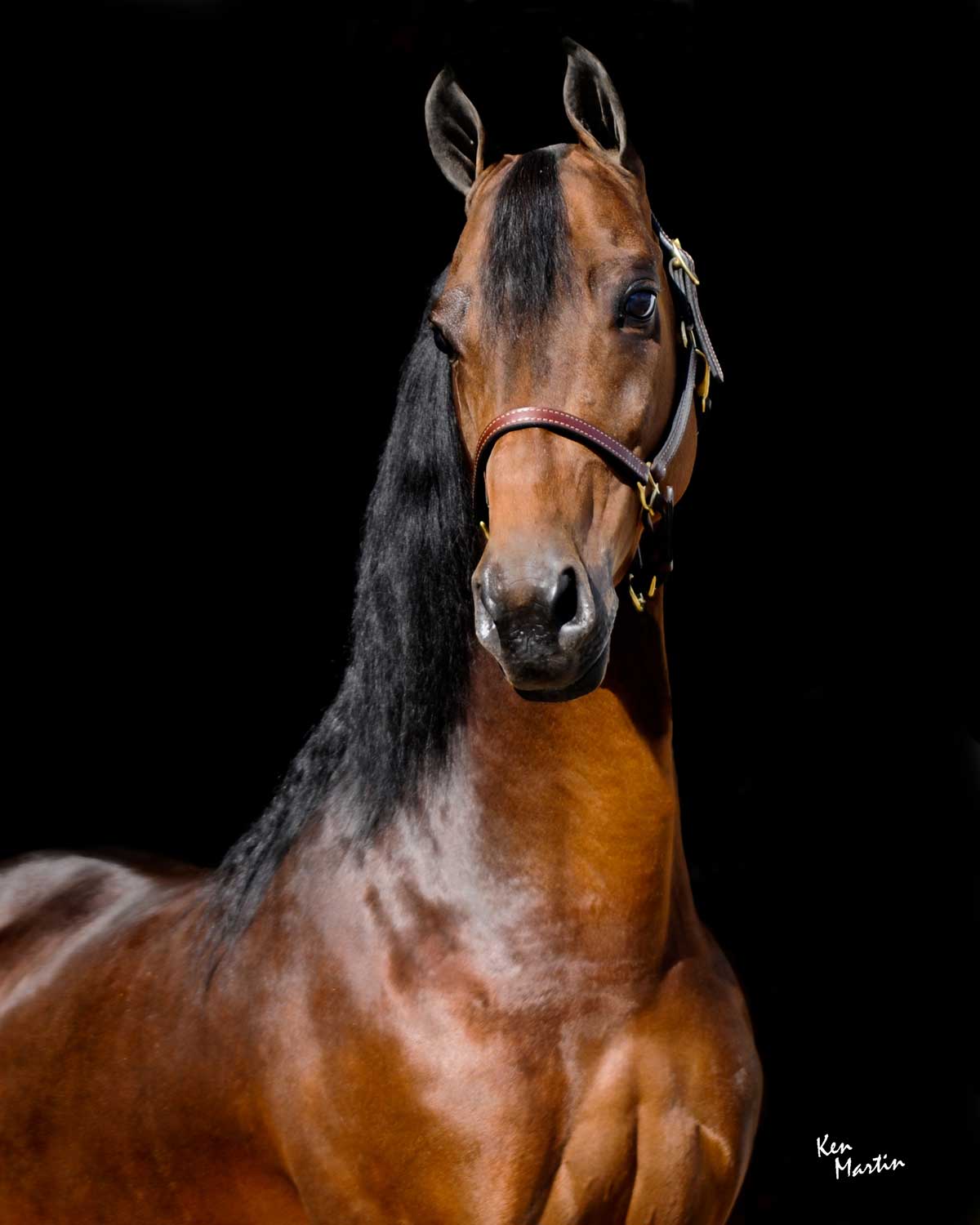 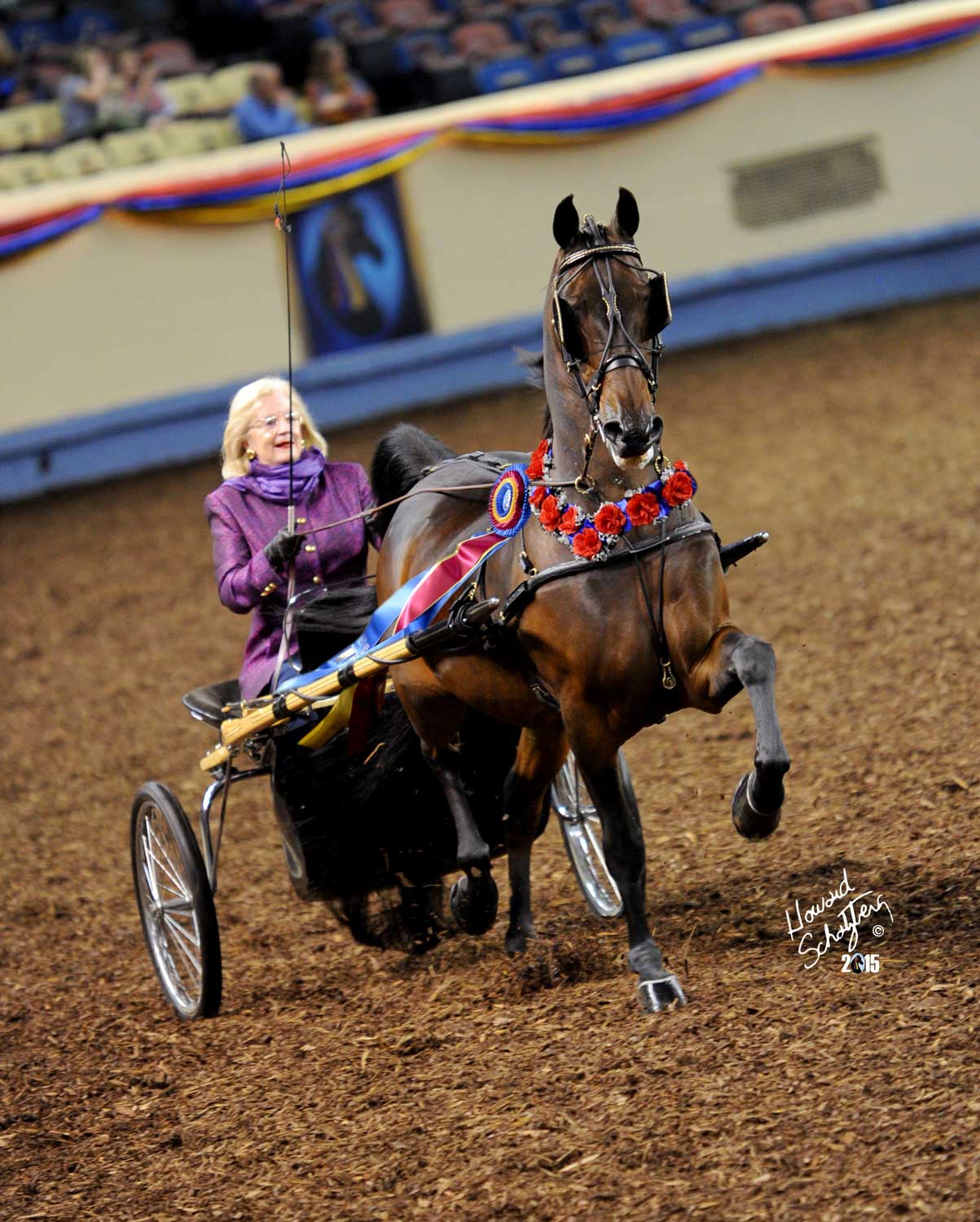 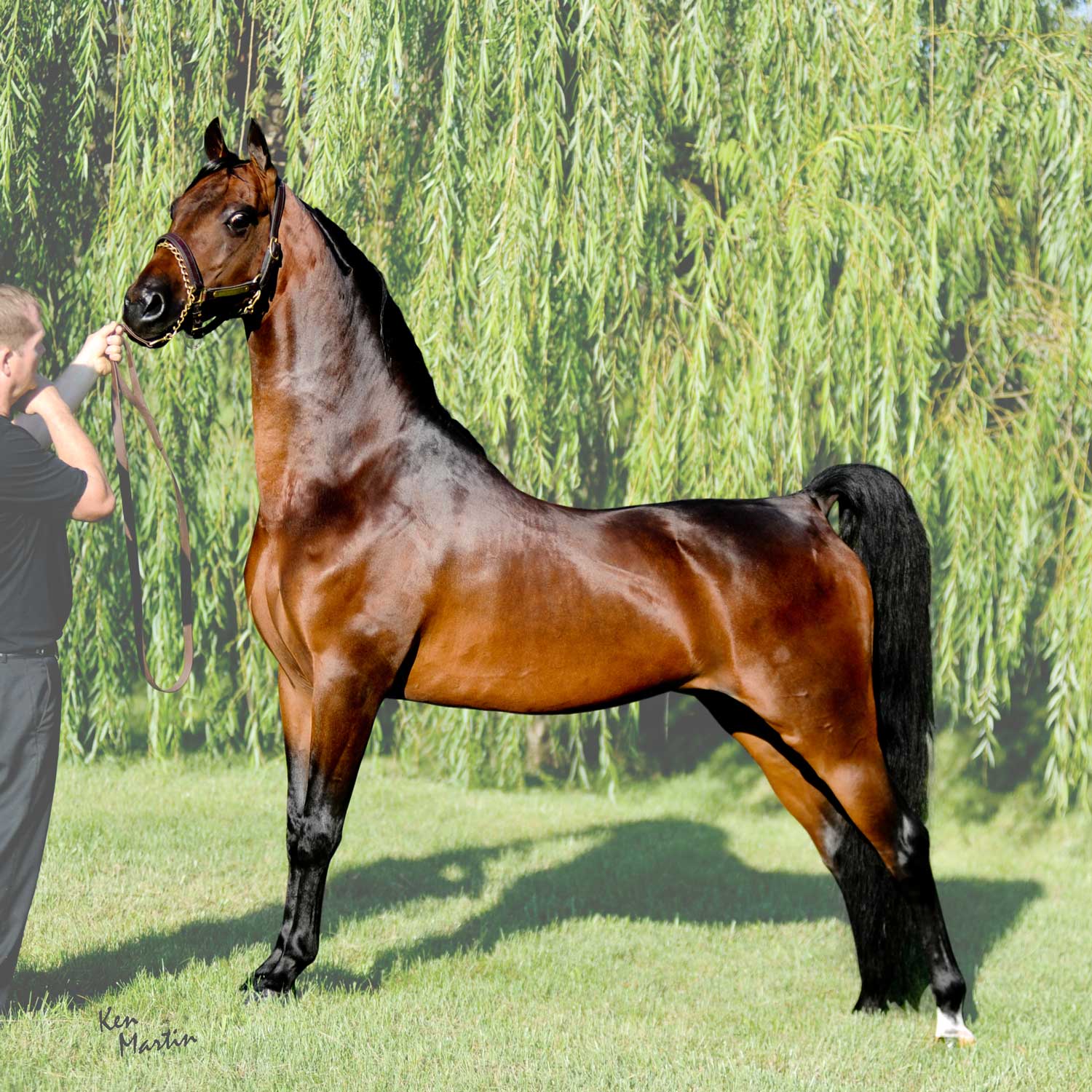 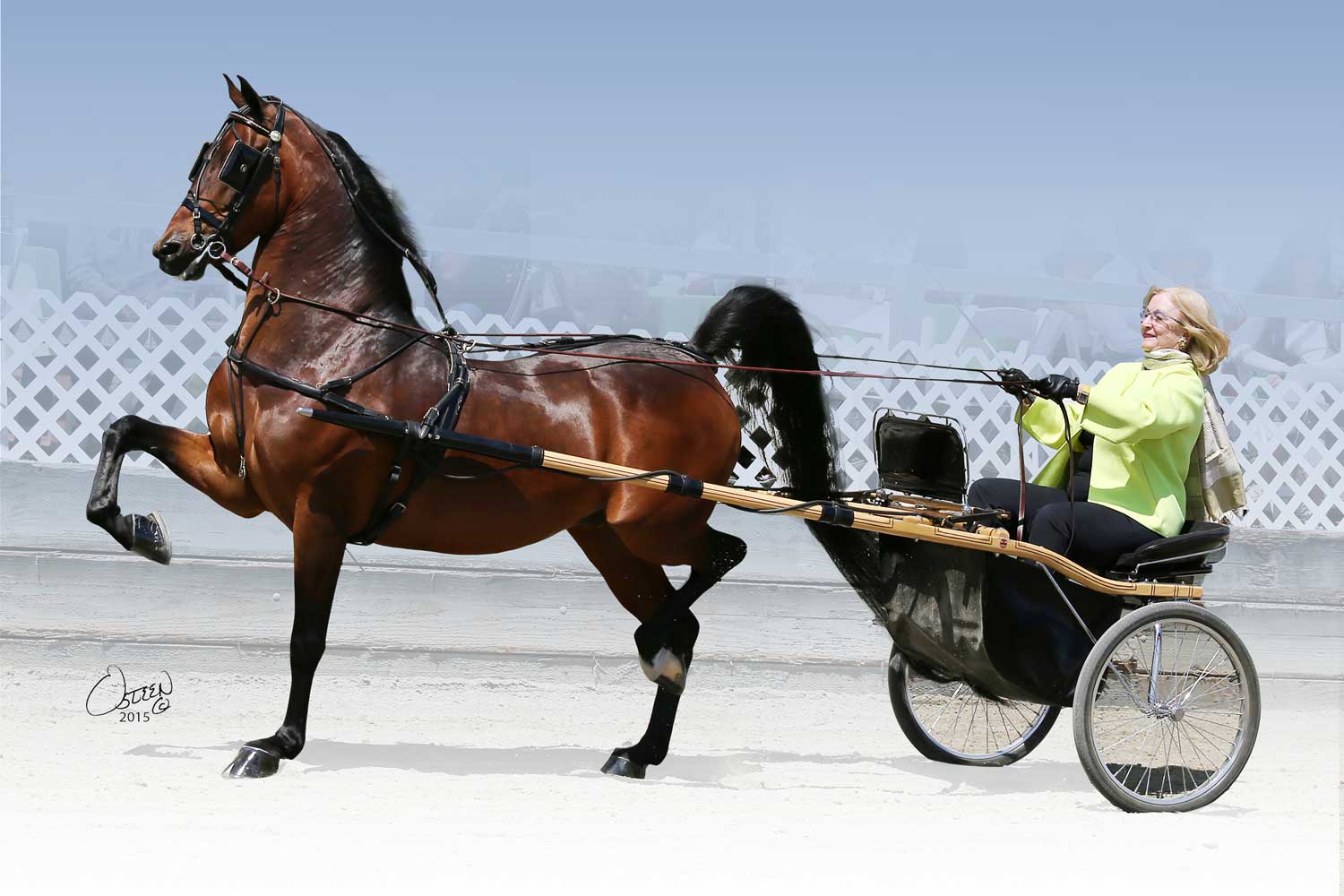 The Get of Whispering War Chant 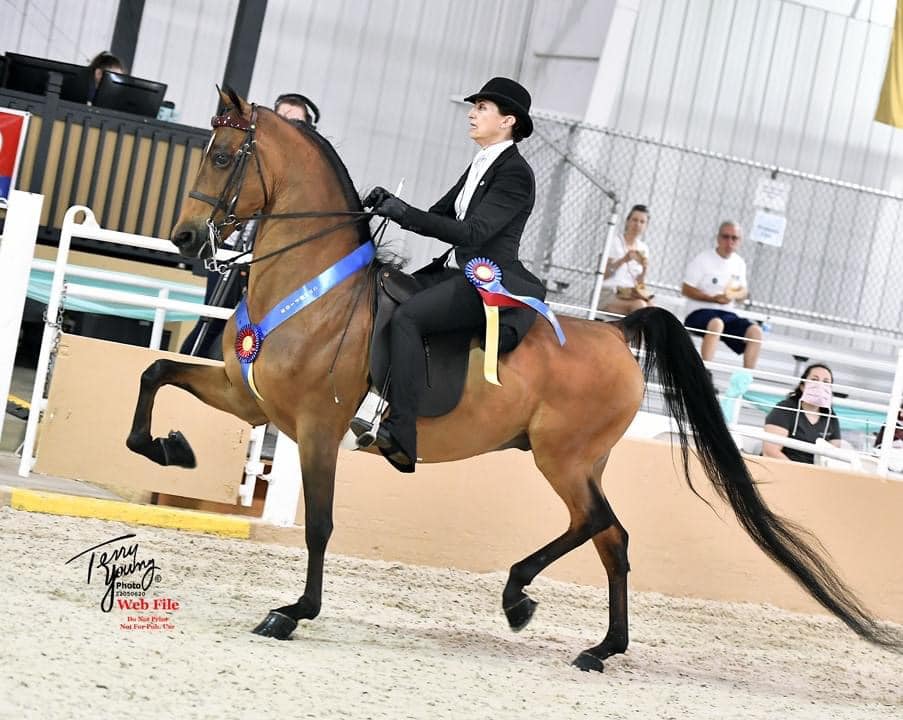 out of Millennium First Star 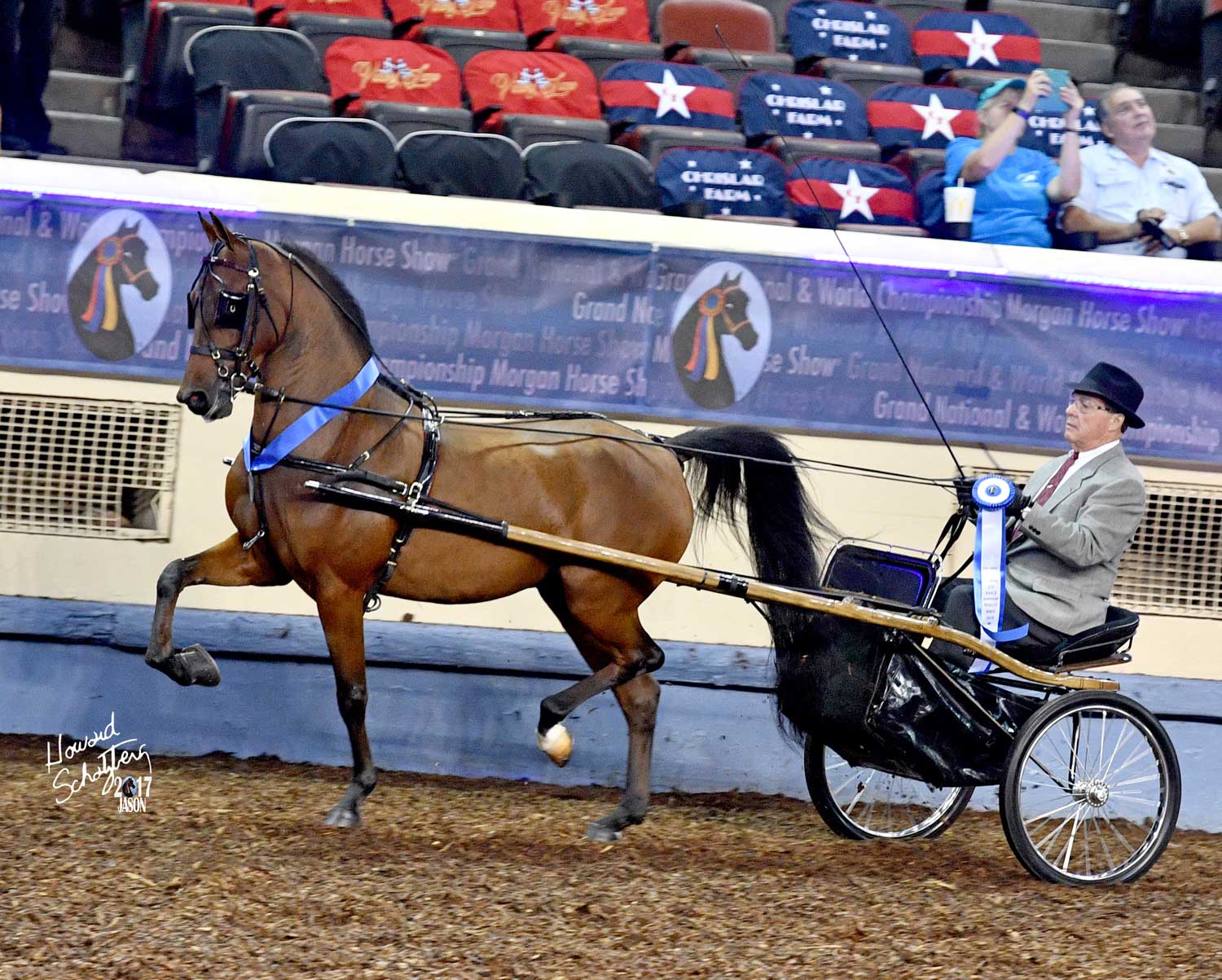 out of LPS Last Dance 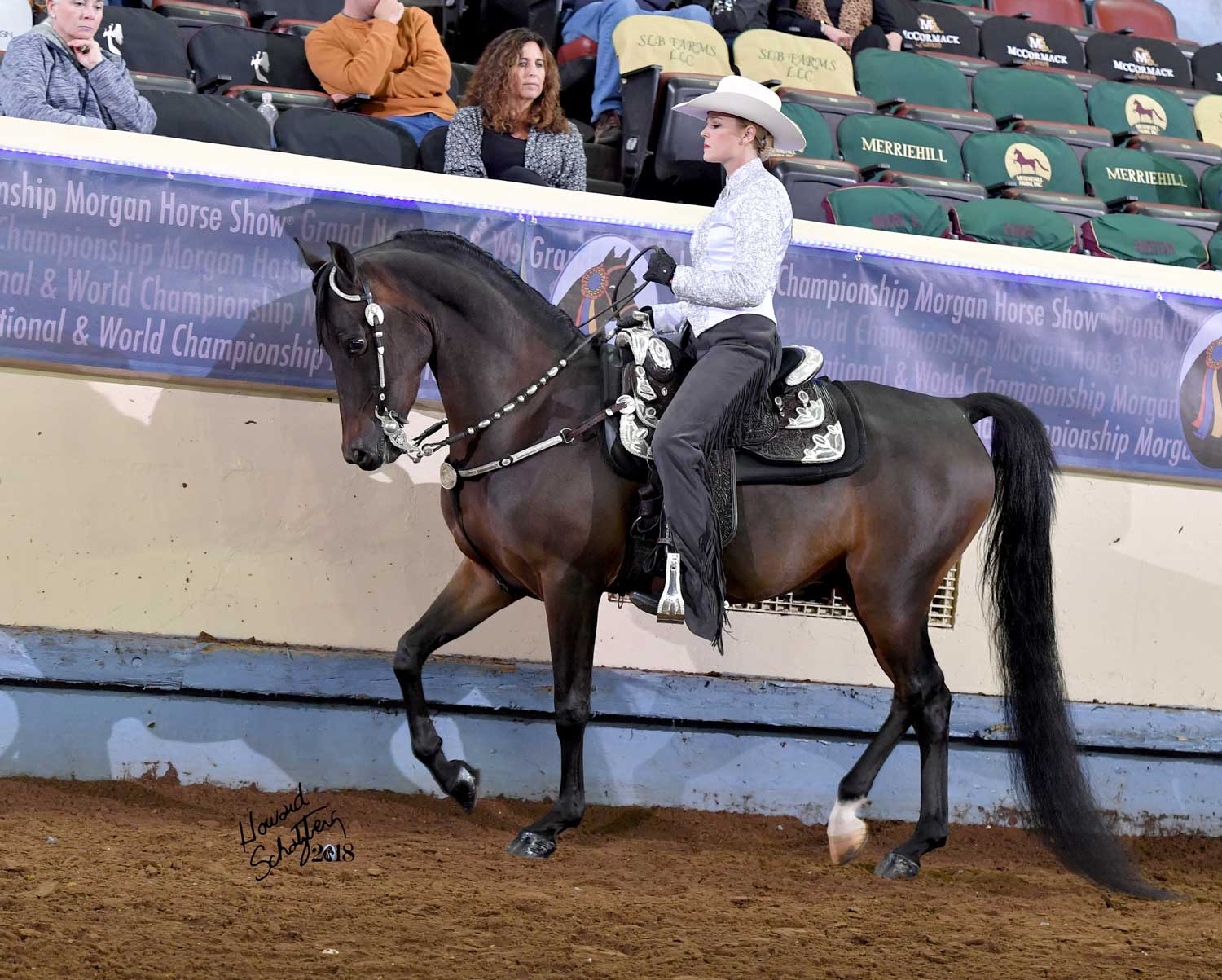 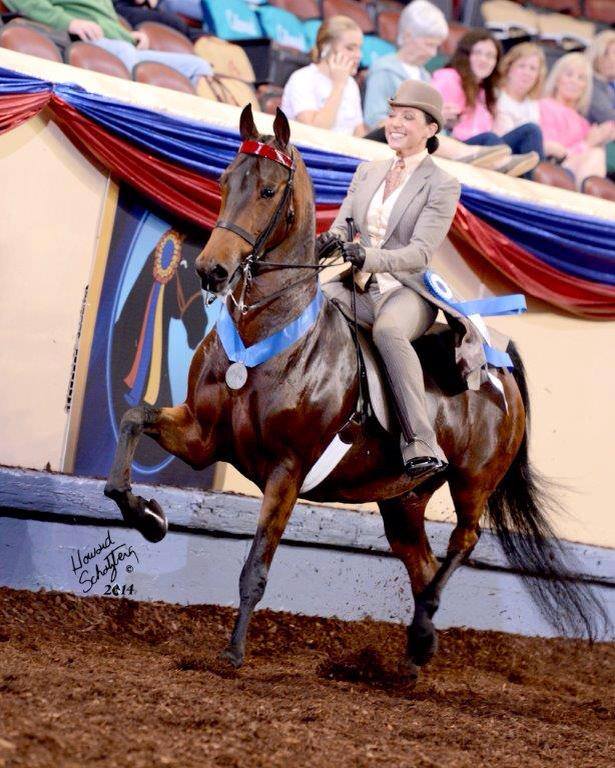 out of NAS Esperanza 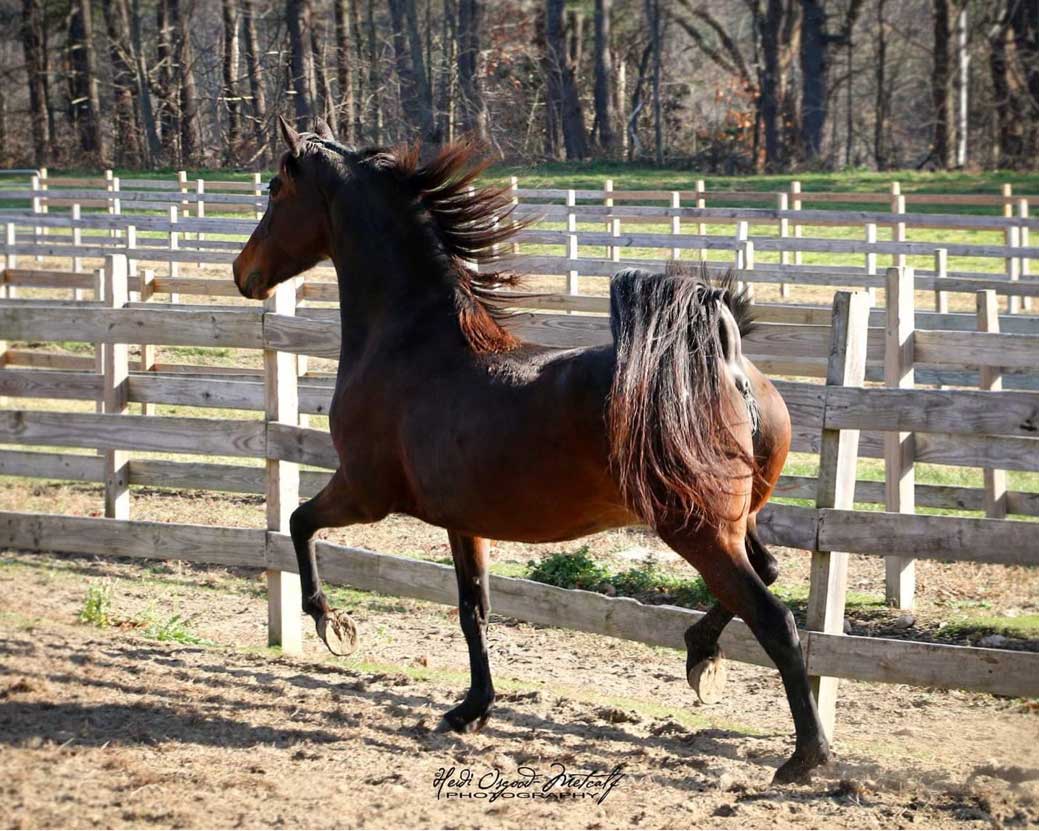 out of RJMF Ribbons And Bows