Remember when the Morgan Horse could “do it all”? Well, this one still can. TFM Skywalker started his Sport career by winning a 25 mile Endurance ride and went on to place well in even longer rides. He loves to jump and was shown Hunt seat in various shows, as well as placing Reserve Champion In-Hand. We competed up to Prelim level in CDE’s in Michigan, Ontario, and Indiana but he really shone in Carriage division at many Morgan & Open shows, including the Morgan Grand National.

He continues today in New England for his new owner, Rita Bellinger, and placed 2019 Reserve Champion in both Vermont and Connecticut Morgan Carriage shows, as well as 2019 Champion and 2018 Reserve Champion at the New England Carriage Driving Association competitions. He and Rita also made the cover of the December issue of Homes for Morgans.

He is available by frozen semen and has produced foals with super dispositions and athletic, versatile abilities. Your search for a Sport Stallion has ended and there is a 50% chance your foal will be grey! 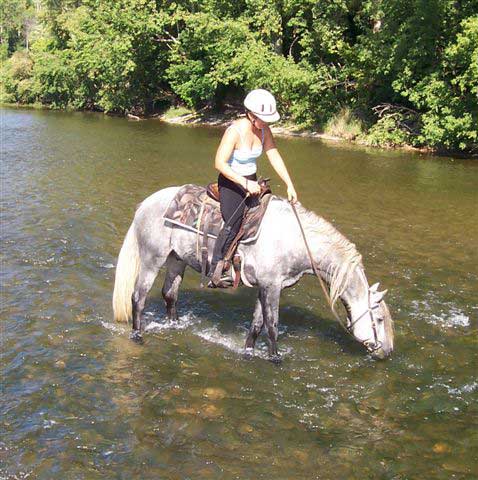 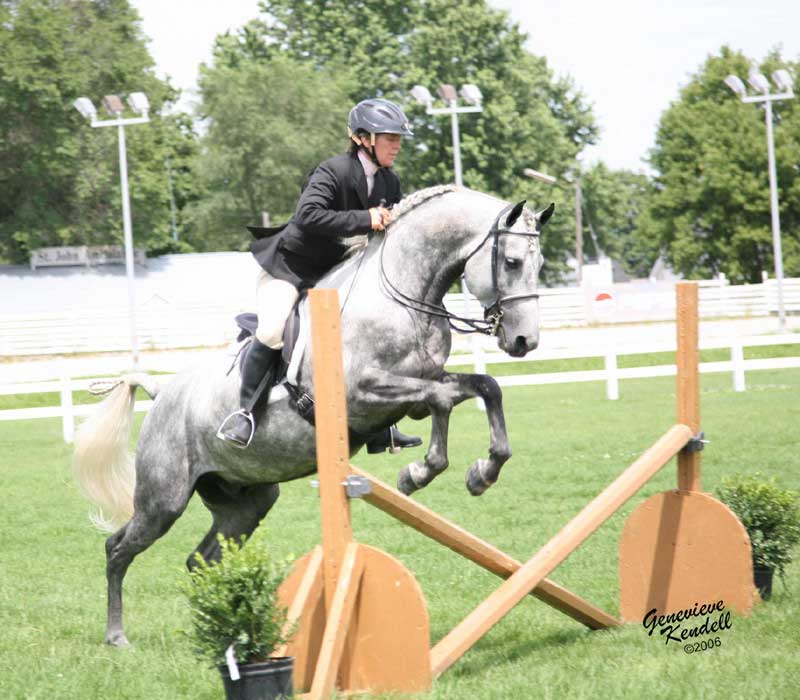 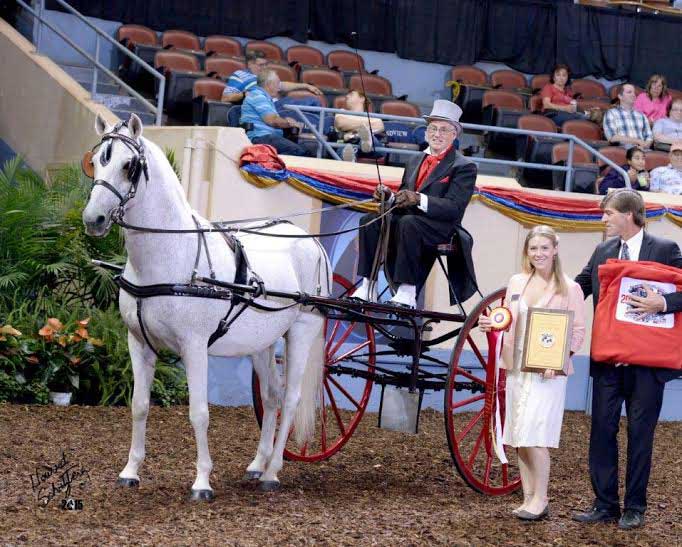 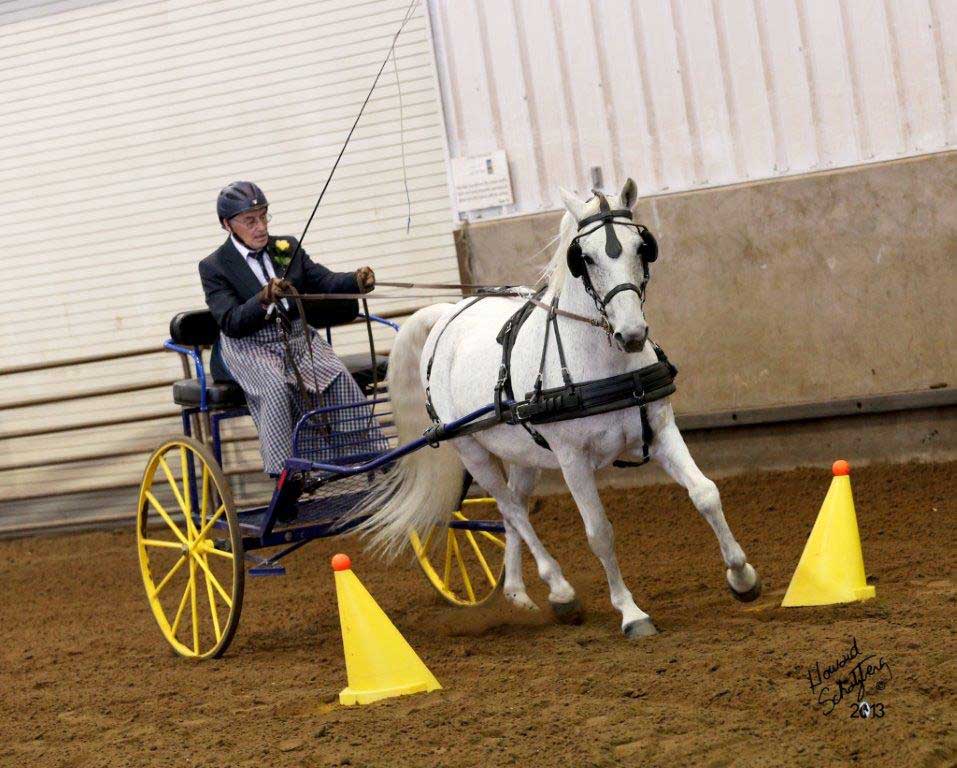 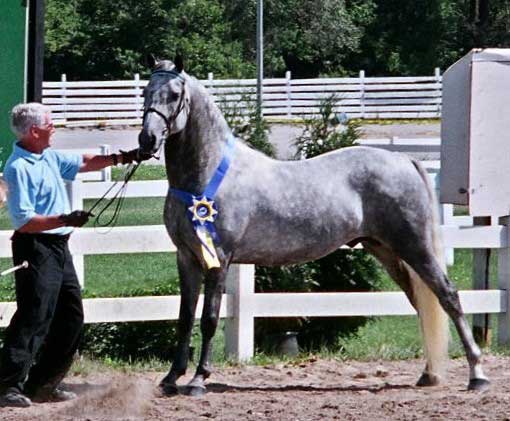 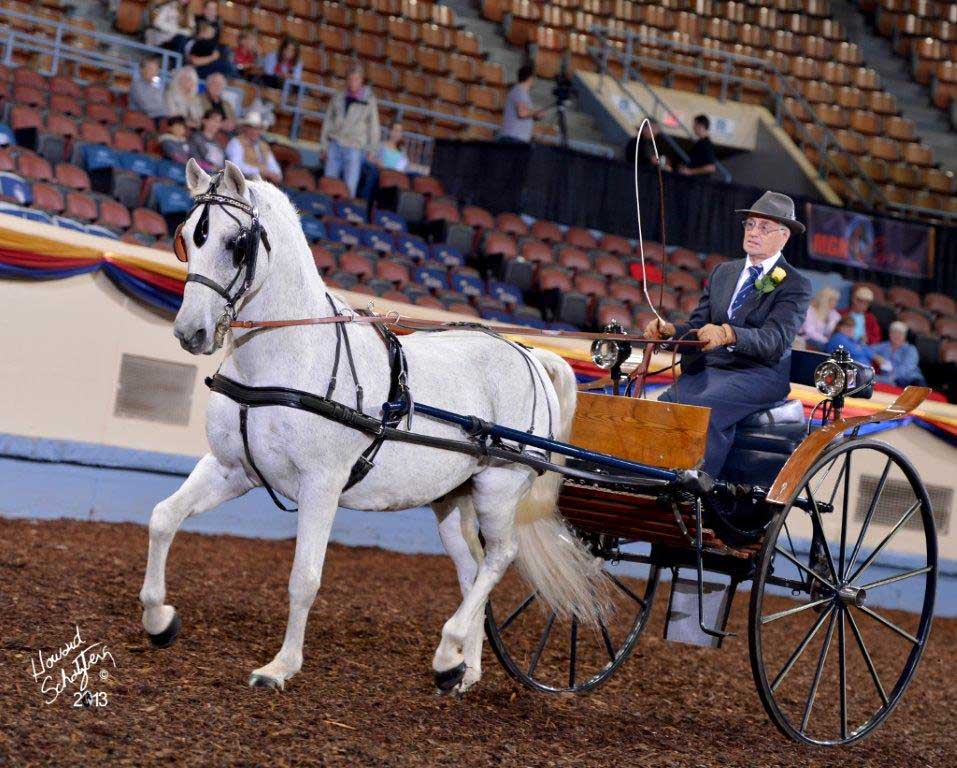